How to monetize your app

Suppose you have a great idea for an app, one of the things that should get your attention is: how will I make money with this app. In this article we’ll show the most used ways to monetize your app. After reading this article, know that you can choose one path or several paths simultaneously, as long as you don’t make it too complex for the user and you give them more value than they pay for. Also some paths will work better for some kinds of apps than for others.

For apps there are mainly three pricing strategies: Premium, Freemium and Subscription. Premium apps are apps where you have to pay to initially download the app. Once paid for, you get future upgrades for free. Freemium apps are apps you can download for free but some features are unavailable until you pay for them. The last option is subscription where users pay periodically to use your app. So which one will you choose?

The first thing that probably comes to mind is to let the user pay to download your app from the app store. You’ve put a lot of money in developing the app, so you feel that the consumer should pay directly when using your app. Thing is, consumers don’t think like that, and unless you have a very unique concept, they will always look for a free app to fill their need. The number of downloads of paid apps (6%) is remarkably lower than the number of downloads of free apps (94%) and this gap is only growing in time.

If you want people to use your app it is a good idea to make your app free to download, but don’t worry, there are various other ways to make money with your app. The good news is that these methods can bring even more money than the one-time-fee for purchasing your app.

Freemium apps are apps that are initially free, but later on charge the user for optional features. In this model you let users taste your app until they are willing to pay for extra premium features. There are several ways to implement this:

In-app advertising is a commonly used tool in Free and Freemium apps where you make money every time a user engages with the advertisement inside your app. There are several types of campaigns:

There are different ways to incorporate ads into your app, different sizes, positions and placement on the screen. You could have a banner, interstitial ads, rich media ads and offer walls.

It is always nice for your users if the content of the ads matches their interests or matches with your app.

Typically you have a banner on the top or the bottom of your screen which is always shown and which doesn’t interfere with the users actions. These ads are the easiest one to produce, they are always there. You just have to show rotating ads and can base them on demographics and past behavior.

Downside of banners is that users are so used to them that they don’t see them anymore. But unconsciously, they pick it up, their brain processes the images. So use images over text.

These ads are displayed as a popup, filling the entire screen, shown at specific time frames. In any way, the user must interact with the add to either show interest in the ad by clicking on it, or closing the popup by clicking the x button. In this flow the ad gets far more attention from the user than when shown in a banner.

Typically you will use it in messaging and content apps and in games at specific moments in your flow to achieve maximum impression. In a game such a good moment is before starting a next level, in a news app when starting to read an article.

Downside here is that, when done repeatedly, users might find it annoying and they might leave your app.

Video has long proven its value as a powerful and compelling way to deliver interesting content and turn consumers into loyal fans. So it’s no surprise that video is doing the same for mobile advertising. Recent research reveals that video advertising is increasingly growing and used to drive interest, buzz and downloads in the mobile app economy.

When showing a video ad the user’s attention is longer than when showing other, static ads, so they can be most profitable. Challenge here is to make the video refreshing and with a certain fun factor.

While native ads are considered to be less intrusive and therefore less irritating, they are, for the moment, the most popular revenue stream for app publishers. Native ads are ads that run smoothly in your app. They are integrated in a natural way, not disturbing the use and interaction of the user. Most of the time they want to promote a product and come as content or video.

This type of ads gives users a reward for interacting with it. When used in gaming apps, users c an get rewarded with in-app currency when they pass a level and after viewing the offer on the ad. These ads are effective because they give the users an incentive for clicking the ad.

Incentivized advertising is popular in mobile games, learning apps, sports and fitness apps. Users are shown ads promoting a certain brand, service or business. If the user gets a specific goal (this can be a daily goal), he will be rewarded with a special boost or extra in-game credit or discount and gifts previously agreed with other companies that pay the application for appearing in it. The app earns money from the sponsored advertisements, and the advertisers or marketing firms get impressions, click-throughs and conversions.

In-app purchases are very popular in combination with Freemium apps. People can use your app for free but can purchase additional features or extra content. There are three main types of in-app purchases:

Here your app is free to download and use and acts as a virtual shop where users of the app look for physical products to buy them. Many e-commerce businesses release free apps for selling physical goods or branded merchandise. A big problem in e-commerce is that users tend to start shopping but don’t pass the checkout, they abandon their shopping cart. Study shows that when using an app only 20% of the shopping carts get abandoned, while 97% on mobile sites. 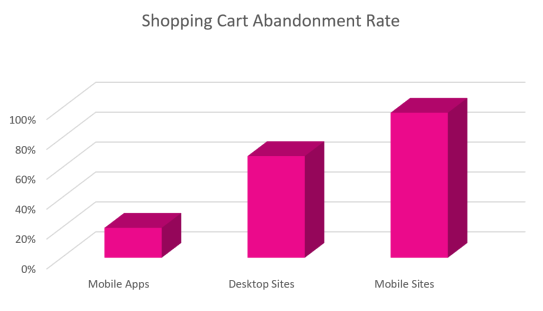 Working with a sponsor for your app helps your app making money and expand your potential audience base. In this model you create an app for a specific user group and launch it on behalf of another company, acting as sponsor. Or you already have your app and have it running with quite some users already. Then you can look for a sponsor, typically a bigger company or brand, and propose to adapt the design of your app to the style of your sponsor.

There are two types of money making deals. You can negotiate a monthly sponsorship fee or you can split the revenue coming from the app. But besides the financial aspect, your sponsor will surely bring in a bunch of new users.

The hard part in this model is finding a sponsor, let alone a good sponsor where you and your app can relate with. And of course, a prerequisite is that your app is good enough to attract potential sponsors.

After reading this article you have to look at all the monetization methods and see if they fit into your app. You can choose one or combine more methods as long as it all runs smoothly, the main focus remains the functionality of the app and you don’t agitate your users with too much ads or moments where they are asked to pay for extras.

You also should look over your shoulder to your competitors and see what their pricing models are. If you deliver similar services your price shouldn’t be higher. When asking more money you should deliver more quantity, more quality, faster services, a fun factor, …

It is wise to think about monetization in the first phase of building your app, because it surely will have impact on the design and the development.